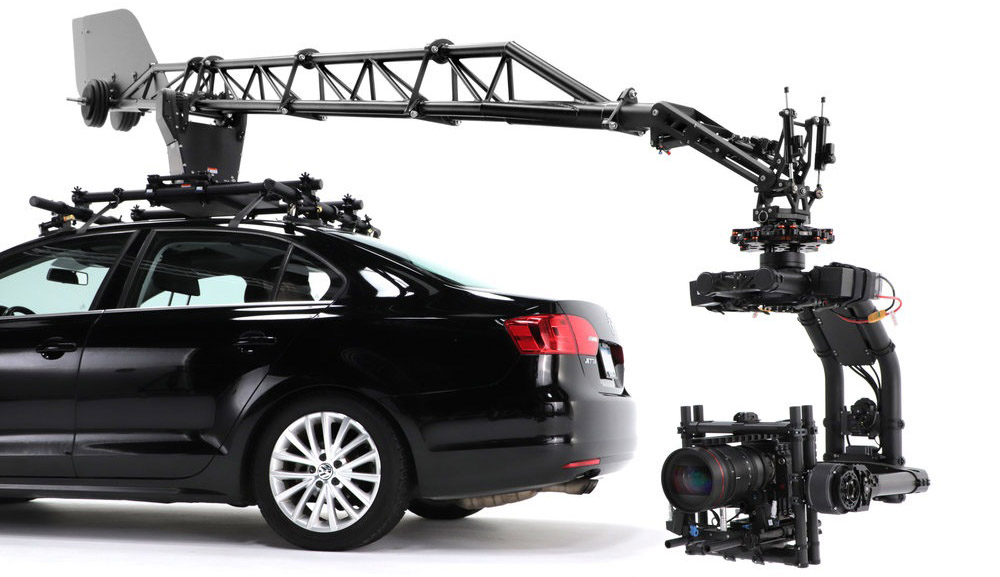 THE MOST VERSATILE REMOTE ARM IN THE WORLD

Featuring a new 3.65m arm, 25kg payload rating, and powerful motors, ULTRA is the longest of any universal remote arm. Weighing just 86 kg unloaded, it is the only 12’ arm capable of flying as checked baggage.

ULTRA is built for off-road performance in the heat and rain. Constructed of 6061-T6 aluminum alloy, ULTRA has the highest strength-to-weight ratio of any compact arm. The 3-axis Isolator keeps stabilized heads undisturbed during aggressive use on the track.

ULTRA mounts to cars, trucks, UTV’s, boats and custom rigs with a special kit which creates a temporary speed rail grid anywhere you need it. If you can dream it, ULTRA can probably do it.

The new MotoCrane Controller features Dual-stick operation for independent control of the PAN and TILT axes. It’s centered around a 7” touchscreen display for real-time position feedback, speed, limits, and system diagnostics. Operating on a CAN-BUS protocol, it is the most fully-featured of any remote arm control interface – without any Bluetooth or WiFi dropouts. 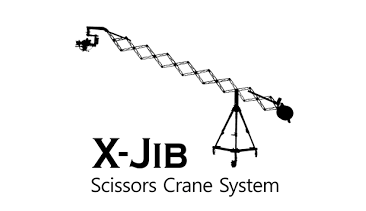 the X jib is a motor running telescopic scissors crane that lets you easily capture creative shots usually done with high end and expensive Technocranes. the X jib can accommodate a variety of gimbals for stabilization and accurate motion. rigging up is fast and simple. perfect for indoor tight spaces and because of its light weight and easy rigging it is a perfect tool for on location shoots. fits into a private vehicle. 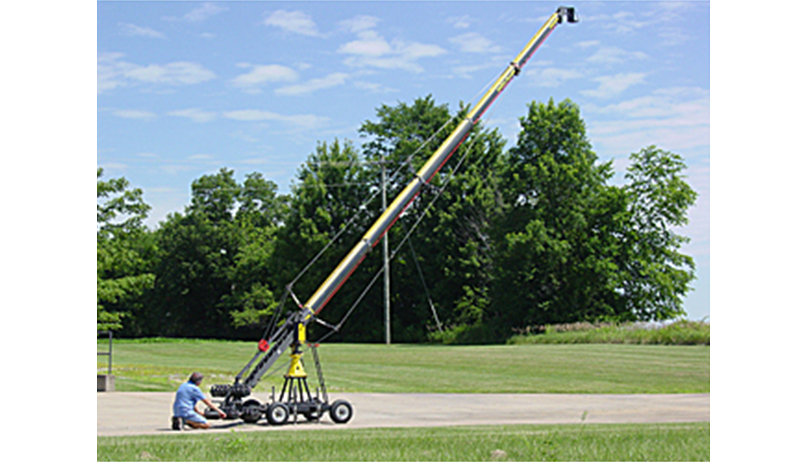 Mountain tops. Rooftops. Desert. On boats. Sound stage. That is where you find the SWISS-JIB Remote Head Crane.

Swiss engineering has produced the best remote head crane in the business. Constructed
entirely of Carbon Fiber and Aluminum, the SWISS-JIB is a portable remote head crane. Length changes are simple and ranges from 3m to 13m.
Its Carbon Fiber sections make it easy to transport and set up while combining maximum stiffness with minimum weight. 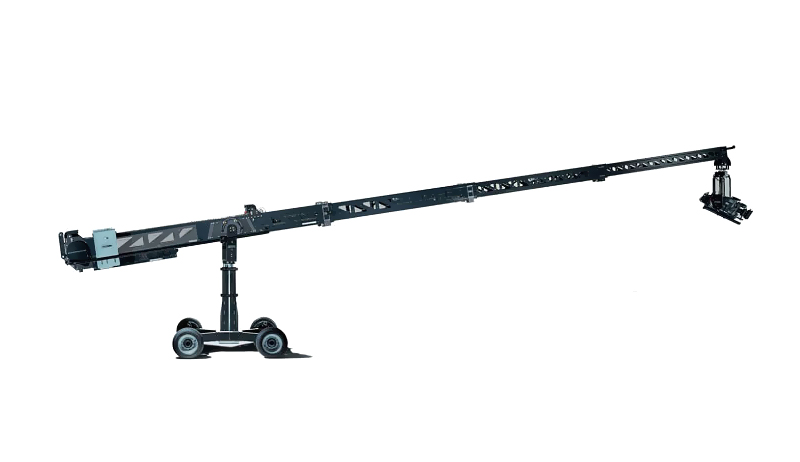 The award winning developers, the crane that changed the way directors think in terms of movement. This Supertechno crane can give you a telescoping range from 7′-30′ by a flick
of a switch.

A Very high tech, high quality piece of machine comes with its own famous Z head and a 3axis control platform suitable for any load and any style of operating either Joy Stick, Pan/Tilt handles or Hand wheel control.

Rigging on a different remote head is possible. 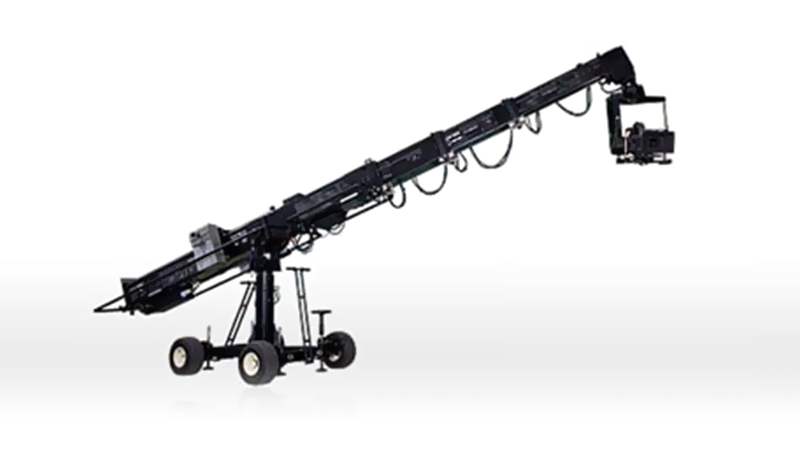 The award winning developers, the crane that changed the way directors think in terms of movement. This SuperTechno Crane can give you a telescoping range from 4′-20′ by a flick
of a switch.

A Very high tech, high quality piece of machine comes with its own famous Z head and a 3 axis control platform suitable for any load and any style of operating either joy stick, pan/tilt handles or wheel control.

Rigging on a different remote head is possible. 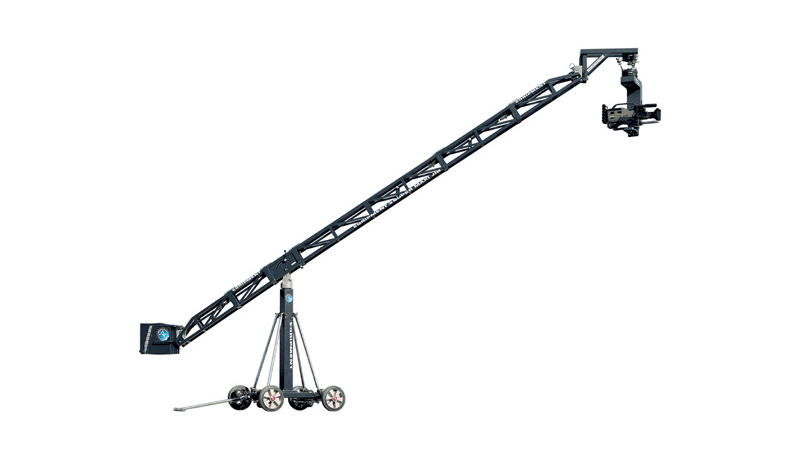 The Super Maxi-Jib is incredibly lightweight and ultra portable. All the Arm Sections can be hand-carried with ease. Wherever your location will be, you will never have a problem in getting the Super Maxi-Jib there and building up the system you require.

Arm sections simply clip together and are firmly held with the “L” Pin system. The parallel bar system is carried internally. This gives you the possibility to shoot through narrow locations such as windows and other tight ares.

It has an exceptional pay load suited for 35mm and big rigs with the combination of all the different arm sections offering you a variety of 7 different arm lengths. 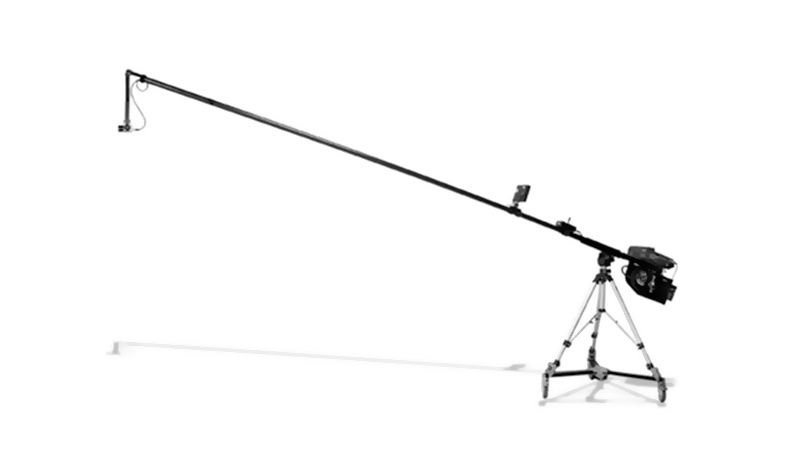 Designed for light weight cameras, the Polecam is the only light weight camera crane that can achieve precise and effortless moving shots. When on multiple locations a day, hard to reach locations, a slim time schedule and tight places, this is the crane your going to need.

Transports easily in your cars trunk, battery operated, achieves a nice long length (from 1.2m upto 5.4m) but yet very compact and light. The Polecam is English made using strong carbon extensions and a light weight head to control Pan/Tilt movements.

The Polecam is operated by a single operator and takes no more than 20min to rig. Excellent for DSLR, C300, X70 and other in range cameras. 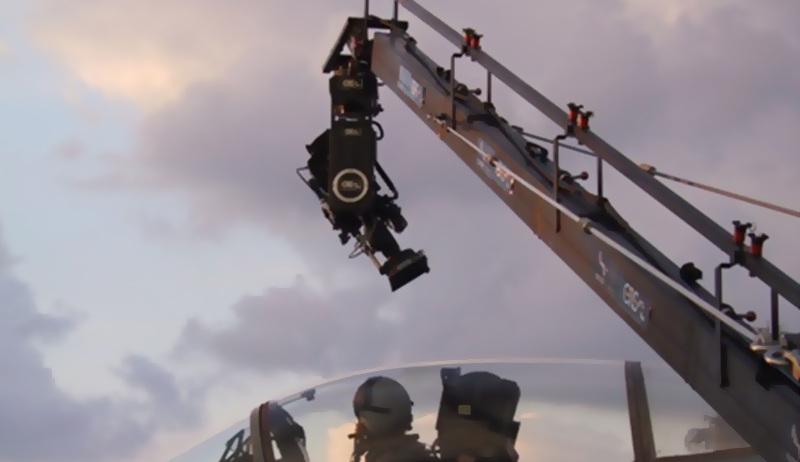 Manufactured in Germany by Panther, The Foxy crane can accommodate both remote head and platform.

This crane can take on the big rigs as its made for the toughest jobs. High quality aluminum, precise workmanship makes it rock solid.

Foxy is very smartly packed up and makes transport easy and simple. Building the crane is quick thanks to its clever ergonomics and tool free assembly.

The Foxy Advanced gives you everything you get from its predecessor  thanks to its new stronger and bigger design  plus the option of growing longer, more extended, higher payloads and additional safety features. 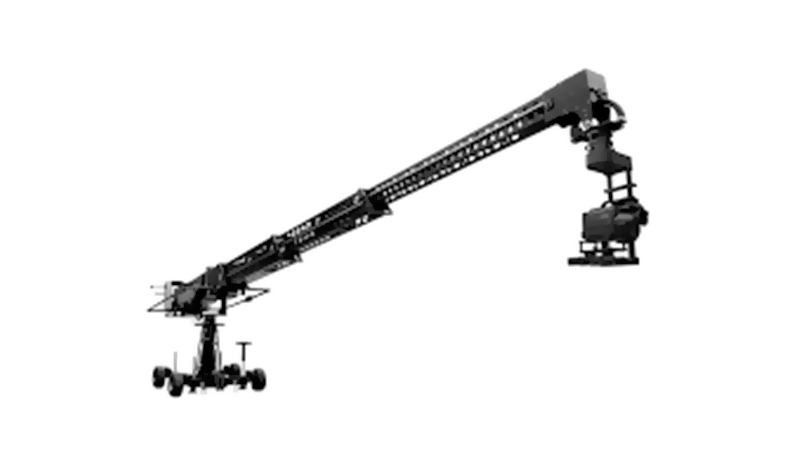 We are proud to own one of the worlds most impressive telescoping cranes on the market, using the latest technology and materials, this crane telescopes smooth, quiet and precise to
make your shot more significant and polished than ever. 45′ of telescoping movement at a touch of a button. 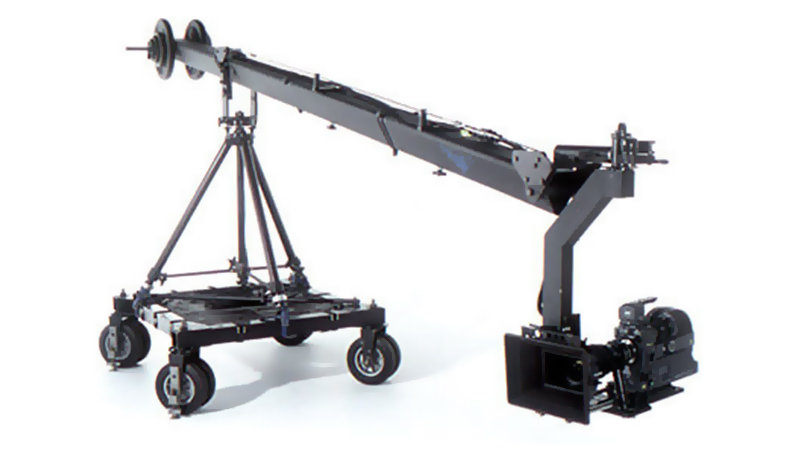 Manufactured in the USA, JimmyJib is the most popular crane on the market.

This crane allows the operator to choose between a wide range of lengths and options while keeping setup as simple as possible.

Easy to transfer, quick setup, light weight compared to other cranes its size, very reliable and can carry a nice payload at the nose.

The Jimmy Jib comes equipped with its own remote head. for more info regarding the remote head, please check out “Stanton remote head” in the Remote Head menu.

GET IN TOUCH WITH US

What is the Max camera Payload for a Remote Head?

Every remote head has a different Max payload, the more advanced heads are built stronger and capable of supporting higher payloads and bigger cameras.

Contact us and we will be happy to assist you on deciding which head is suitable for your camera.

Can the crane run on tracks?

Most of the cranes we have are able to run on tracks but we need first to calculate the weight of the crane after we know what length, remote head or platform and camera are being used because some of the tracks are limited to a certain payload.

Can the crane be built on a car for traveling shots?

Yes, we prefer using the Giraffe crane on a car simply because it’s the most rugged crane on the market, it has an outstanding tolerance for bumpy rides and has a long range and height when swinging up/down. The perfect set for a car rig is the Giraffe equipped with our Gyro stabilized Active Head.

Do you transport and operate the equipment?

Yes we do, we will transport the equipment you request anywhere anytime. Our crew members consists of crane operators, technicians and grips with all the experience and know how to achieve and create the shot you desire. 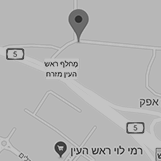